Liquid error: Could not find asset snippets/locksmith.liquid The making of a movement: celebrating Women's History

The making of a movement: celebrating Women's History

March is Women’s History Month, and while we’re inspired by and indebted to the iconic figures who have boldly changed the course of women’s history through their achievements, spirit, and perseverance, we also want to celebrate the moments and movements carried along by the many women whose names do not appear in our history books but whose efforts, together, have had a positive impact on all our lives and have shaped a world where our girls are encouraged, supported, and empowered—a world where they can see, for themselves, the many different ways that character counts.

Title IX of the Education Amendments of 1972 is widely understood in terms of the opportunities it opened up for female athletes—from elementary school through college—to participate in school-sponsored sports programs. These opportunities have been transformative for girls and the culture, as a whole, but it is also important to note that the reach of Title IX extends well beyond athletics. Enacted to prohibit discrimination against women and girls in education, Title IX applies to every aspect of educational programs that receive federal funding.

Until Title IX was signed into law, schools could legally deny females admittance to certain classes, institutions, and vocational training programs. Boys and girls could—and often were—limited to school electives and classes that subscribed to very narrow gender stereotypes: no boys in “home ec,” no girls in “shop.” Universities were under no legal obligation to admit female students: some simply did not; some imposed strict limits on the number of female students they would allow; others required test scores and credentials that far exceeded the requirements male students had to meet for admission. Educational funding for women and girls was likewise disadvantaged, and a lack of resources often presented an additional means by which women and girls were excluded.

Title IX opened more educational opportunities to females, and as a result, more women became doctors, businesswomen, lawyers, and scientists—jobs that traditionally had been occupied by men. But greater access to education, and the ability to participate freely in education programs and activities, has value in its own right and benefits individual and national interests, alike. 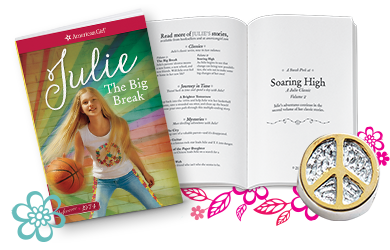 “Any time you try to change something, it’s going to be difficult,” Mom said gently. “Not everybody thinks girls should play sports. A lot of people think games like football and basketball are just for boys.”

“But that’s not fair,” said Julie.

“I know, honey. All I’m saying is, it can take a while for people to change their thinking. There was a time, only about fifty years ago, when people didn’t even think women should be allowed to vote. It took a lot of hard work for that to change.”

Women and the Civil Rights Era

The story of United States’ civil rights movement is often told through its milestones: larger-than-life figures, unthinkable tragedies, and transformative victories—all essential signposts for understanding the era and its legacy. Equally important, though, are the hundreds of thousands of ordinary citizens, under-recognized leaders, and community organizers whose work energized and sustained the movement.

As the historical record shows, the civil rights movement relied significantly on the work, commitment, and courage of black women, even as the standards and practices of the time denied them full and equitable public participation: indeed, some of the most recognizable women of the movement—among them Gloria Richardson, Diane Nash, and Rosa Parks—were invited to “stand and be recognized,” but were denied the opportunity to speak at 1963’s March on Washington. And while male organizers led the March and a delegation to the White House, their wives, female leaders, female organizers, and female activists were deliberately held behind, assigned to march separately, and behind, the male leaders.

Though not often credited for their enduring, often decades-long work, the women of the civil rights movement were a force that helped secure important victories toward ending segregation and promoting social justice. Fannie Lou Hammer helped organize the 1964 Freedom Summer voter registration in Mississippi. Dorothy Height established the YWCA’s Center for Racial Justice and served as president of the National Council of Negro Women. Together, they joined with Gloria Steinem and Betty Friedan to form the 1971 National Women’s Political Caucus. Their efforts and approach, alongside the work of their contemporaries, provided a new model and way forward for women’s equality. Though our culture tends to think of leaders as those who are the most visible, the faces of a movement, civil rights era leadership among women plainly shows that sometimes impactful leaders are not merely the most visible or vocal—they are the ones who tirelessly, steadfastly stoke the engine for justice daily. They are the ones who put the wisdom of their many years of quiet leadership to use in the move toward a broader, more comprehensive and inclusive nation. 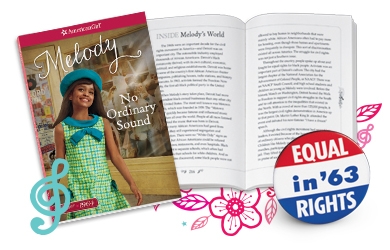 “Remember, even when one of us does a solo, we all work together,” Miss Dorothy said sternly. “We all support one another. That’s very important in a choir. The chorus helps the soloist. The soloist helps the chorus. Let’s all remember that.” She clicked her baton on the edge of the piano. “Now, choir, rise!”

Women in Times of War

From the time the nation first began to secure its independence, American women sought to serve its interests, especially in times of war. Restricted by legal and social obstacles, women’s civic opportunities were limited and largely informal: some provided cooking, sewing, laundering, and first aid for the military as camp followers, most often for their husband’s company or regiment. Some served as nurses, though only a few received formal recognition for their practice. Others disguised themselves as men so they could serve in combat. And whatever capacity—generally dependent on their marriage and social status—women had to voice their civic opinions in the years surrounding the Revolution diminished as the nation moved into the 19th century.

That began to change in important ways by mid-century. Women began to organize in the interest of social and political reform: Abolition, Temperance, and Women’s Rights emerged as prominent movements. By World War I, women had an established means of raising their collective voice, even if they were not yet afforded a formal voice in the eyes of the law. Some women of Rebecca’s era used that voice to sue for peace by forming the U.S. Women’s Peace Party and sending a delegation, in 1915, to the International Congress of Women at The Hague. Others, in the final years of the war, were granted permission to join the military as nurses or staff, and early female civilian aviators—though themselves denied the right to fly for the nation’s military—trained pilots who would go on to serve.

Women’s efforts on the WWII home front, prominent themes in both Molly’s and Nanea’s stories, expanded women’s roles even more: women served in non-combat government roles previously reserved for men; they were employed in wartime industries like aeronautics; they led war economy campaigns; and they expanded their roles in public leadership. WWII also saw the first female commissioned military officers; the first U.S. women’s (civilian) air force; and the formation of both the Women’s Army Corps and the Navy’s WAVES branch, paving the way for the Women’s Armed Services Integration Act of 1948. Today, more than 350,000 women serve in the U.S. military, either as active duty or reserve members. Women hold a quarter of prominent state and federal public leadership positions. And while there are more civic milestones for today’s girls to strive toward, the actions and efforts of their predecessors have passed to them a robust heritage of service to the nation. 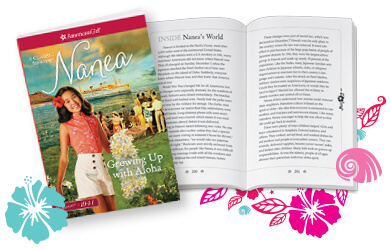 “Everyone is busy helping with the war effort. Mary Lou’s working at the evacuation center. Mom’s joined the Red Cross and is organizing first aid classes. David is either volunteering at the hospital or working at the hotel, so he’s hardly ever home. I helped hand out sandwiches.”

~Nanea, Growing Up with Aloha

When the 19th Amendment was ratified on August 18, 1920, it carried within it the breath of millions of activists who had organized and fought to guarantee women the right to vote. That same year saw the formation of the League of Women Voters, and, in November, more than 8 million women exercised their voting rights for the very first time.

In important ways, the 19th Amendment was the result of women joining forces to advocate for others’, rather than exclusively their own, equality: in the mid-1830s, female abolitionists with the American Anti-Slavery Society asserted their right to advocate for equality and speak publicly about matters of civic importance. 1848 saw more formalized efforts, like the Seneca Falls Declaration of Sentiments—the document often credited with setting the women’s rights movement in motion—and the energy for similar conferences and organizations, like the National Women’s Suffrage Association and the Alpha Suffrage Club, continued to grow throughout the last half of the 19th century.

As fans of American Girl’s historical characters know, this same spirit animates Samantha Parkington and is embodied in her Aunt Cornelia—and it is a spirit worth celebrating, nurturing, and carrying forward in the next generation of girls. 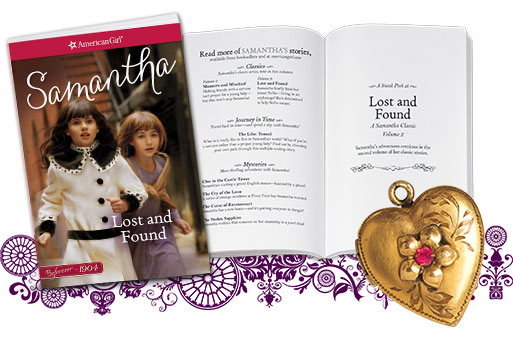 “The time has come for all of us to speak out. We must stand up for what we believe is right!” she said. “We must make up our own minds. The time has come to change the old ways. Women must vote!”